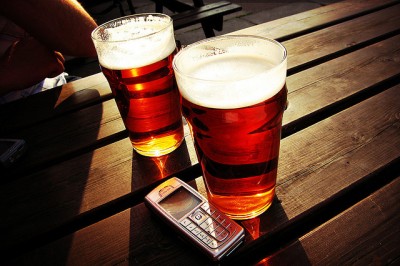 This week, it’s really hot here in Florida and it seems like the rest of the country isn’t much better. Hopefully, you had some nice, cold craft beers and home brews keeping you cool this weekend.

Mash.Sparge.Boil: Save Money, Stop Buying Beer! Start Making It!
I love buying craft beer, but it can get expensive. However, as Neil breaks it down, you can get great tasting beer without spending an arm and a leg, by making your own.

365 Days Of Beer: Beer #241 – Java Head by Troegs Brewing Company
I love coffee flavored beers. I’ll admit that I’ve been drinking them a little bit less often since it’s so damn hot out and I’ve been focusing more on the lighter (not lite) beers. However, this sounds like one that I don’t think I can wait until cooler weather to try.

Beer Smith: Brewing on a Budget with Chris Graham
Making your own beer is cheaper than buying it all of the time, but still it doesn’t hurt to save a few bucks here and there. Check out this week’s Beer Smith podcast for a couple tips to stay within your budget.

Pencil And Spoon: Branding: My Biggest Beer Annoyance
It turns out that I’m not the only one that thinks some beer labels are pretty bad, sometimes a little too distasteful.