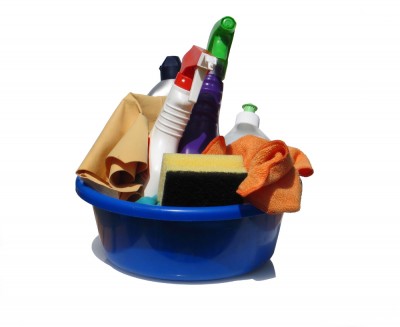 Why Do I Need To Clean And Sanitize While Homebrewing?

The simple answer is that you need to sanitize and clean your equipment to protect from microorganisms that want to ruin your beer.

Cleaning and sanitizing are often used hand in hand, but they are two very differing things. Cleaning is a lot like doing the dishes. Sometimes you have to soak, scrub and use a little bit of soap to get rid of the leftover gunk from your last batch or particles that snuck onto your equipment since your last brew day. Sanitizing is using a chemical like Starsan to kill any of those microorganisms.

I’ve never met a homebrewer that loves cleaning and sanitizing isn’t exactly the sexiest part of homebrewing, but both have to be done thoroughly to ensure that your beer isn’t infected.

Later this week, I’ll describe exactly how to clean and sanitize homebrewing equipment.