Airlocks Versus Blow Off Tubes

Once you have your wort in a fermenting bucket or carboy, you’re going to need to put an airlock or blow off tube on it. The reason is that as the magical yeast turn your wort into beer, they’re going to releasing gasses. Those gasses need to exit your bucket without letting air in from the outside that could contaminate and ruin your beer. 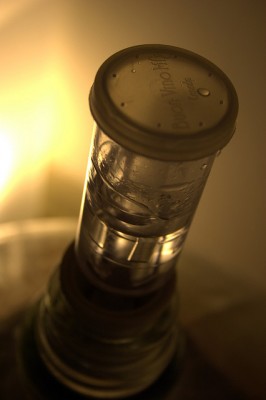 There are two kinds of airlocks, the S-Bubble and the 3-Piece. They are filled with a mixture of water and sanitizer that will keep the bad air out and release the good air out. Both are usually cost less than a couple of bucks at the local home brew store and for the most part they both get the job done.

The 3-Piece type is probably more popular because they are easy to take apart and clean if the fermenting gets to intense and foam and hops flow out of the bucket. However, if the pressure drops they can let suck in the water and sanitizer into your fermenting bucket. That’s why many people use the S-Bubble, however gunk can get stuck in the tubes in the S-Bubble airlock and it can be a pain to clean out 100% after that. 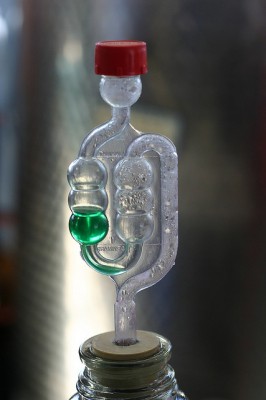 Airlocks will work with both fermenting buckets or carboys with at least a few inches of head space. That space will be enough to keep the foam away airlock in most situations. 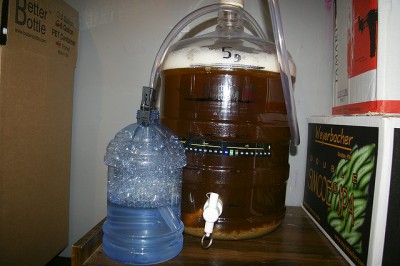 However, if you’re brewing a bigger beer (think larger than a 1.060 gravity) and you’re using a carboy, (or bucket with a large opening) you may want to look into getting a blow off tube.

The blow off tube attaches to the neck of the carboy at one end and at the other it’s dipped into a small bucket filled with sanitizer and water. This is what most of the professional brewers use that I’ve seen. It’s probably because it will let out as much air and foam out without causing a huge mess all over the closet or storage room where your beer is fermenting.

Overall, if you’re just getting into home brewing, it’s safe to start with an airlock. However, it’s not a bad idea to have a blow off tube on standby for those bigger beers that will have some intense fermentation.